You are here: Home › Biography 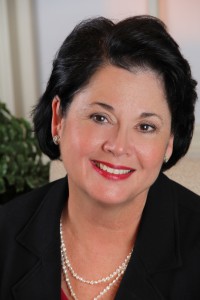 Linda Reinstein became an activist after her husband, Alan, was diagnosed with mesothelioma in 2003.  Her search for answers led her to the realization that she and Alan were far from being alone.  In 2004, she co-founded the Asbestos Disease Awareness Organization (ADAO) to reach out to those who have been affected by asbestos-related disease.

Now serving as President and CEO, Reinstein has focused the power of the social networks to instantly unite those affected by asbestos-related disease, and those fighting for a ban on asbestos in the U.S. and elsewhere.

Since 2004, Reinstein has been a strong political voice for justice in every major asbestos-related issue.  She has frequently served as a U.S. Congressional witness and has also presented persuasive testimony and keynote speeches to the:

Recognized as an expert with more than 35 years of nonprofit experience in building and sustaining grassroots organizations, Reinstein specializes in developing, implementing and leveraging integrated social media campaigns to a worldwide digital audience. In the past year, Reinstein has shared her expertise in social media at:

Focused on national and international occupational and environmental disease prevention, Reinstein’s proficiency in the powerful advocacy space of online media has greatly increased the effectiveness of ADAO’s core mission of education, advocacy, and community support actions.

She has been awarded many prestigious awards and recognition including the Bruce Vento Hope Builder Award (2011), from the Mesothelioma Applied Research Foundation; the highest level of the Presidential Volunteer Service Award for her 4,000 hours of volunteerism during her lifetime (2010); the Heart and Soul Award in from the Manhattan Beach Women in Business Association (2005), and selected to represent the 2003 Leadership Manhattan Beach as graduation class speaker.

You can reach Reinstein through her social media networks